The Shivers Between, Book One: A Supernatural Mystery 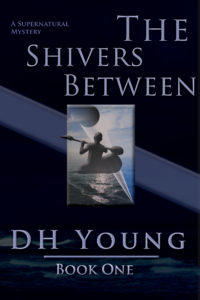 Under the waters…what if somebody can hear you scream?

Owen Tremaine is in more trouble than he ever imagined. 28 years old, the founder of a software company in Corpus Christi, Texas, he thought work-related burnout was a major crisis. After walking away from his company, he’s spent a year trying to reinvent himself as a private investigator, living on a houseboat. Which he realizes is a fantasy that’s not really working out, but he doesn’t want to admit that to anybody…yet. Maybe a few more months will turn the tide.

But then, on a lazy summer afternoon, a good friend gets killed on Owen’s houseboat, and Owen finds his body. The police think Owen’s girlfriend may be involved. She’s missing, and so is Owen’s former business partner. Who, judging from the blood left on his floor, may also be dead. Then there’s the kidnapping of a local child. And…it turns out that not everybody involved is, strictly speaking, human. Which Owen also never saw coming. Magic? Really?

Owen’s new skills get a workout. Now he’s dealing with what used to be his own cutting-edge software development company, a police detective who takes a personal interest, some downsides of recent anti-terror legislation, and…a surprising discovery about local Native American history. You know, the magic thing. Turns out extinction is more complicated than it first appears.

But hey. Owen’s still got friends. Too bad he doesn’t know as much about them as he thinks he does….

Find out what happens!

Get a free copy online now.

(Above link via Books2Read; should give multiple store options & allow you to set a future default if you like. All Amazon sites, Google Play, Kobo, iTunes, B&N…more…it’s pretty much everywhere.)

You can also get a direct download via BookFunnel here: Get My Book!