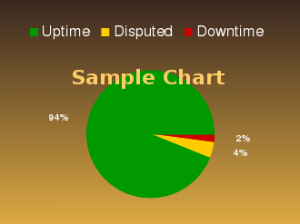 This could be you?

Blog readership is apparently up just lately, according to FeedBurner. So: Hey, new people! Thanks for dropping by.

Though my other analytics tell me nearly every one of you is using an RSS feed, and so you guys ain’t actually dropping by. Which is fine with me; I don’t care either way. But it makes me wonder, given that not all web denizens are RSS-savvy: should I set up an email newsletter with essentially the same content? Or is it ridiculous to put effort into getting more people to read this stuff? I mean, shouldn’t I be writing just for…I dunno…the sheer creative joy, the alternative to self-medication, the ability to tell myself I’m doing something worthwhile without actually working?

Here are some changes coming in the next few weeks to our favorite website backup provider:

Okay, the more expensive package is aimed at web developers. Or possibly small-scale web hosting resellers. Excuse me a moment while I talk to them.

Hi guys! You’ll be able to add any number of additional sites on behalf of your customers, and the price will be lower than what your customers would have to pay if they bought their own subscription. I’m all about the interface between developers and business people, and so I’m building in a (very small, but present) incentive to encourage ongoing communication. This helps you, too, because you know they’ll be calling you when the site goes down, and once in a while that’ll turn into a discussion about more stuff they’d like you to build. Since they’ll call you first, I can charge less. Cool, huh?

Hi, again, to the rest of you. There’s more to say about all this, but I need to get to work. Talk to you soon.