Thoughts, of a morning 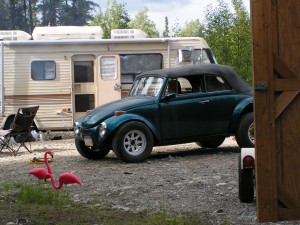 I like ambiguity. See, the title of this post? Does that mean I’m telling you my thoughts this morning, or am I telling you what I think of my morning? Also, do you care? Why? Isn’t there a certain hubris involved in bothering you either way?

So Roseburg, Oregon, is in the news lately. And I figured I’d weigh in…by wondering what Lawrence Block is thinking on the subject. First–though this is somewhat unrelated–I highly recommend everything he’s written. Second, though, and actually to the point? In one of his stories about an assassin named Keller, he sent the character to Roseburg. While in town Keller entertained thoughts of moving to the place permanently. Lots of other things happened, but after having written that story I’d be feeling a bit…something…fey, maybe? (I’d say “fortunately” I didn’t write it, but the truth is I’d love to be able to write as well as LB.)

That bit of woolgathering led me to think about short stories vs. longer lengths. See, I like reading short stories, and I love writing them. But LB’s Keller books aren’t actually anywhere near my favorites from his oeuvre. And why? Because the first couple of books at least (I could go check, but I ain’t gonna) are episodic in nature. Basically they’re story collections, and in fact some (most? all?) chapters were published separately. But when he finally wrote a full-length Keller novel? I loved it! And yeah, you could start with that one, but I think you’d miss some of the emotional resonance that comes from reading all the short stuff first. No conclusions to be drawn here. But it does make me think about writing a series.

Then there was this article I read about Amazon and empathy. Thing is, I still think Amazon’s business model is (although entirely rational) doomed to duplication and proliferation. The article’s author seemed to think Amazon’s focus on customers equated to empathy, and then confused the concept further by somehow equating this to employee characteristics that supposedly (according to the author, but I saw no foundation for it within the article) have value in the Age of Machines, but it reminded me: Amazon, at least in the ebook space, still doesn’t seem to have any competitors. And even if it did, their competitors would have the same long-term problems.

What, no competitors? Yeah–I’ve made the point before that instead they have cargo cult imitators. Sure, there are other online bookstores…but, oddly, they don’t seem to focus on book sales as much as relationships with publishers. Amazon shows you stuff based on what their algorithms “think” you may be interested in buying. Other sites show you stuff publishers have paid them to show you. So these sites are using an entirely different model. And yet folks wonder why Amazon does better. Hmm. It’s a mystery.

So my contention here is that Amazon’s algo-recommendations make all the difference. And yet a reader recently forwarded me an email from Amazon that suggested she might like to purchase Shiver on the Sky. A neat idea, of course, except that she already owns it–and even posted a review.

Here’s the thing: I don’t think Amazon’s recommendations are actually very good. They don’t work too well for me, anyway. Worse (for Amazon) is that it’s only user habits that tie recommendations and inventory together in the first place. How long will it be before some site (interesting here that Amazon purchased Goodreads) starts making better recommendations? Once that happens, given that ebook inventory is not exactly difficult to duplicate, how long before simply hosting ebook content starts to be valued appropriately? I mean, the ‘Zon gets 35-70% of the proceeds for ebook sales…it ain’t because of the hosting. It’s because people use their recommendation engine. What happens when lots of people start building sites that recommend books? Suddenly (bizarre, no?) it wouldn’t necessarily matter where content was hosted. Authors and publishers could host their own, and pay a much smaller percentage to the recommendation engines.

This has to happen. But when? Maybe next year. Probably not much later than that, sez my crystal ball. (Though it’s actually not made of crystal, and said “Reply Hazy. Try again.” Which is maybe not such a confirmation after all. Bloggers’ license, okay?)

Meanwhile, I want to post a negative review on some valve-cover gaskets I ordered for my Bug (excuse for the pic above!) from Amazon. Not because there’s an inherent problem with the gaskets, but because someone at an Amazon shipping-place-dingus screwed up the packaging (actually removing the protective cardboard backing, which was pretty dumb), resulting in damage. And a waste of my time. But Amazon won’t let me post the review. I’m supposed to give them feedback instead.

So I can post anything at all about the gaskets themselves. But nothing negative about the package as delivered. By Amazon.