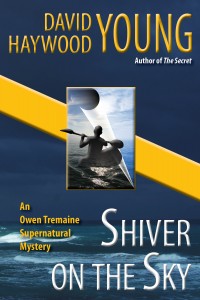 [UPDATE 8/28/2013: I’ve decided not to work too hard at this Libboo thing. I just don’t want to ask people to go push my books for me unless they really feel the urge. And if they do, they know it already. So I’ll leave Shiver on Libboo’s site for a while and see what happens–but I don’t intend to tweet or blog about it again. Pretty much the same thing I’m doing on Wattpad and Goodreads: I put stuff up, people don’t find it, and I go do something else instead of getting involved…only so many hours in the day! {8′> ]

If you came looking for a story, click here for the latest. Otherwise, I’d like to run an idea by you and find out what you think.

The fine folks at Libboo reached out to me a few days ago suggesting I list Shiver on the Sky with them.

I don’t see a lot of downside to this. They’re a startup, and I like startups. Essentially they have a setup that lets you:

The rewards? Libboo does a watermarked freebie by default, but I’m not a big fan of watermarked books unless people specifically want them. Also, Shiver is already free at Smashwords and will be free in a lot more places soon.

So I came up with the following instead, with the reward to be selected by you:

At this point, to get the reward you’d need to get 20 people to click on your links. That was the default, and I left it alone. It could end up being a ton of work for me, and I might have to tweak stuff. Or it could just flop, and I could quietly slink away. I have no idea which.

I’m really not sure about all this. Is this a reasonable thing to try? Is it too impersonal and annoying? Is it, maybe, fun?

Let me know, please. I could either run with this or just remove all references to it. If you’d like to give it a shot yourself, here’s the link: Shiver on the Sky

You can post comments and reviews on their site, too.