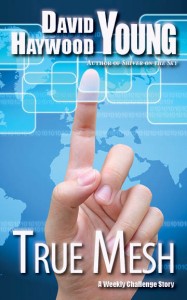 Well, you know, this is the fifteenth. Which is falling on the sixth this month. Who’da thunk it? Truthfully, who’d have bothered to think it? Guess I’m just in a good mood, so I’m babbling. You’re welcome. {8′>

Still with me? Cool! For some reason I’ve been on a sort of “YA” kick lately. Maybe it’s because an ex-foster kid may be coming to live with us yet again (cough). Or maybe it’s because I’m fascinated by their deep and everlasting romances that can begin and end in a few hours, with heartfelt proclamations of love all over the place.

Don’t get me wrong: I think kids are cool. I’m just bemused, because it’s obvious they’re completely serious about this stuff. Picture this scene, for instance:

I’m giving a 14yo kid a ride home from school a couple of years ago, and he’s telling me his girlfriend dumped him that day.

“She thinks I’m cheating on her,” he explains.

Surprised, I mull that over. “You mean…she thinks you’re not holding hands in public with some other girl? How can she tell?”

“Shut up,” he responds with justifiable heat.

So there’s that. Meanwhile, on with the show. I hope you like this week’s story.

The automobile, I’m told, did a lot to revolutionize courtship behavior in those societies rich enough that they became widespread. I believe it. So has the ubiquitous smartphone of today. Thing is, the march of technology hasn’t stopped. What will kids of the future be dealing with? Beats me, of course, but here are a few notions I came up with…plus a bit of goofiness, just because.