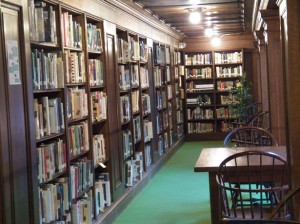 Hi! And Happy New Year, for those of you who celebrate it today. Want a business idea, for free? With no guarantees or representations at all? Read on.

I started thinking about anthologies when Nate Hoffelder tweeted a link to a post over on FutureBook about a thing a publisher would like us to call “Co-Publishing.”

Okay, I’d thought about anthologies before. But this particular post got my attention…mostly because I’d come up with the same term a while back to describe a sort of co-op of indies who want to gain whatever advantages may accrue to writers going the traditional publishing route by banding together. I thought it was a pretty neat idea, because:

But I’m not doing anything about all that right now for two reasons:

So…maybe later. Or maybe not.

Meanwhile that “Co-Publishing” post bugged me further, because it claimed to be about cooperation between traditional publishing and indies but was nothing of the sort. It’s just an anthology series, in which stories from “unknown authors from the web” are combined with works by traditionally-published authors. And already it looks silly: are the unknowns truly unpublished thus far, and simply submitting stories to a what amounts to a contest? If so, where are the indies? If not, why are they called “unknown”? And why do they get offered coaching? On what topics? Is a bias showing somewhere?

And besides, what’s up with the idea of “winning” a publishing contract? Sight unseen, I suppose? Kris Rusch has plenty to say on that topic. I’ll just put it this way: not all contracts are beneficial to all parties. I’d want lots of details.

Essentially, then, that use of “Co-Publishing” strikes me as an attempt to attract those indies who don’t have a lot of business experience, and thus (this is also how those apparently-clumsy email spam letters we get every day work–they’re excellent screening mechanisms for suckers) the indies who respond with a submission have already told the publisher they’re willing to get the short end of the stick. Will they be taken advantage of? Maybe. Maybe not. But they could be.

Not a bad business idea for the publisher:

Okay, so I don’t like that particular scheme. But it does help point out a cross-marketing tool we indies have a hard time using: anthologies!

Sure, we can publish one any time we want. But assume there are two authors (X and Z, because we indies do stuff our own way). X is willing to do the formatting, Z is willing to be responsible for the cover art, they’ve come to an agreement about whether this anthology will be e-only or also have a print version, they’ve agreed on whose imprint (if any) it’ll be published under, and all’s well.

But now ONE of them has to go submit the darned thing to retailers/distributors. That one then has to keep forwarding reports and money to the other…forever, or for the life of the anthology, whichever ends first. X and Z had probably better have a written agreement in place. What if this turns into serious money? Worse, what if it doesn’t but you’re the guy who has to forward $.377 every three months in perpetuity? And then Z dies and her estate is split up and…yuck. Then you die and don’t really care but your heirs hate your memory forever.

Ahem. Or do I mean Amen? Well, whichever.

Obviously this gets even worse when more than two writers are involved. What we really need is an easier answer. A site where we can log in, upload our content, and get an automatic royalty split without messing with it ourselves. Amazon could do this. So could any other retailer. If any of them offer this service, I haven’t heard of it.

Or…a publisher could do it. Any of ’em. They’d remain content-agnostic, or they should, so…it’s easy money without damage to anyone’s reputation even if the books themselves are all garbage. Come on, how hard is creating a new imprint anyway? (My guess: probably not very.)

Heck, I could set this up. Or you could, if you’re into web apps and business stuff. Plus, there are all sorts of alliances and allegiances and organizations claiming to help indies. I’m skeptical of all of ’em, for lots of reasons, but here’s a way for one to change my mind. So, do any of ’em want a new line of business?

I hope somebody builds this. Because I’d love to do anthologies with other writers whose work I like, and I don’t have a good way to do it. Yet.