True North is out! So how come I’m going south? 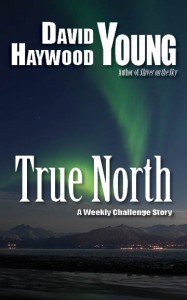 Of course I mean “going south” in a literal sense, rather than as a writer. Though maybe both are true? Check this out: over at Amazon, where I released two new stories as five-day freebies last week, the total number of downloads was…wait for it…42!

That’s downright awesome. I did something similar for Shiver, and reached several thousand people. Sales were pretty good afterward for months. Now, not so much. My total sales, borrows, and Kindle Unlimited semi-sales since I released those two new titles: zero. (I had to write the word out to make it look more important than the bare digit.) (Of course these were just short stories.) (But…wow.)

It’s okay. But if it’s no longer true that Amazon will drive readers to my stuff via their algorithmic wizardry, I have very little incentive to publish stuff over there at all. (This idea makes me smile in somewhat perverse delight.)

Heck: I do lots better, freebie-wise, posting stories right here on the blog. Fer chrissakes. I could sell stuff here too. I mean, in theory. I doubt I’d do worse, anyway. To put it another way, since the blog is all I have as far as an internet “presence” goes (meaning I have no other means of sending traffic to Amazon), if the ‘Zon ain’t showing people my stuff on their own initiative? Then what’re they fer?

Heh. Well, perhaps paying them to place ads will turn out to be cashflow-positive. Or not. (I’m trying that out, using Amazon-recommended bid sizes and such, and so far it appears they’ve shown my ad precisely zero times over the last three days. But what if there’s a delay in the reporting? I mean, beyond the 24 hours they tell me to expect? More on this stuff later, probably.)

Confession: I sort of don’t care about any of the above. Got other stuff going on. But sheesh–I thought I’d at least get a few hundred copies out there. Ha!

As for the literal going-south thing: we have ferry tickets for 4/15. We gave our landlady notice & have scheduled utility turn-offage.

Therefore we need to dump a whole lot more of our crap on unsuspecting Alaskans, and quickly. Should be fun! (Suddenly I envision a whole new career: writing Craigslist and eBay ads. I mean, why not? Would the pay be any worse?)

Oh yeah! True North, this week’s story, is now available, but not yet for free, from Amazon. It’s another retread. I like the story but hate the cover. Maybe for you it’ll be the other way around?

Anyway: The story will be free for five days starting tomorrow, Thursday 4/3. Couldn’t do it any earlier because of the issues I mentioned in yesterday’s post. They finally made it available this morning. Maybe next week’s story will go a bit more smoothly. Or, you know, not! {8′>

Josh Brandenhoer has an interesting job: he takes pictures and writes about them. In his world of 2026, that sort of thing is generally automated. But not for him–his readers and viewers know him to be a purist. He’s currently searching for a reported polar bear he believes is probably an albino grizzly.

What he encounters is something entirely different. And it’s not the first time for him, either…

Hey, if it turns out you actually like the damned thing? You could post a review! (That link goes to the Amazon US site, because most of you are US readers. But please feel free to post elsewhere if you’d prefer.)