Next up: Bleed on the Sky 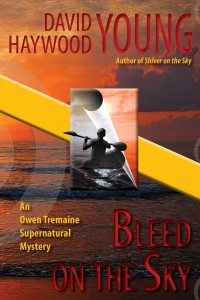 Okay, I’m committing myself. I’ve made progress on more than one novel. One’s sort of sweet and funny, with Bigfeet (somebody made them up; I can make up a word) in Southeast Alaska. One involves Destiny (the girl). One’s just plain weird, and has a lot to do with a staircase. That last is mostly my favorite.

But if I’m going to write a novel any time soon, I need to do it as fast as I can–and that means I need to focus.

FWIW I’ve been playing around with Amazon’s product detail ads, and although much is unclear, one thing is not: Shiver does better than my other novels in that realm. At least, so far. Conclusion: I’m going to finish up a sequel before I write anything else. If I had a sequel for it, or more than one, I could even run ads for Shiver at a slight loss–if I needed to. That might not make me much money, but it’d get my stuff in front of more readers: kinda my primary goal as a writer. Aside from, you know, writing good stuff. {8′>

Which reminds me: a quick glance at my stuff on Amazon suggests review-count may well be an important difference between my existing books, at least with regard to getting potential buyers to…you know…buy ’em. I’d like to invoke a whiz-bangy magic trick to change that, ’cause I really do think lots of people might enjoy at least some of my stuff, but I really don’t know of any. Maybe Marvin can help? (Speaking of books I’d love to write…)

So I keep trying to think of ways to encourage readers to post reviews. Some of you folks already have, and some more than once (thank you! thank you!) but it’s actually difficult for me to do much about it. If I send free copies, and the reviewers don’t mention it, I’ve just violated Amazon’s Terms of Service. The best thing I can think of? Write more books, and ask for a review at the end of each.

Bonus: If I ever do figure out how to actually sell books, that way I’ll have more of ’em. Clever, huh?

One more thing: I can’t promise the cover will look exactly like the thingy I’m posting here, but that’ll be the general idea.

I’ll let you know what’s up as things progress.