Who owns your ebooks, again?

Bear in mind that I’m a software developer. I write code in addition to fiction. So I have a slightly different take than most on the recent Amazon account-locking debacle. Mostly, what I see is an opportunity.

First: I don’t care who you are. You are buying ebooks (if you read this blog, I’ll make the assumption) and therefore you have to deal with them. Get over it. 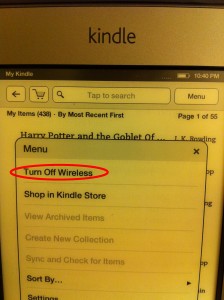 You know what? We need a better solution. I was talking to my wife an hour ago, and it occurred to me that it wouldn’t actually be very difficult (from a technical perspective) to set up a distribution network for indie publishers that cuts Amazon & all other middlemen right out. Any user could host books/reviews/data, and if the copy someone purchased came from your computer, you’d get paid. A much smaller percentage than Amazon’s 30-65%, but you’d get paid.

Book authorship is already well distributed. So is readership. So it stands to reason that the distribution of ebooks does not actually require these corporate behemoths.

But guess what would happen if I built something like this? Because I could build it, all by myself, and it would only take a few months.

So I’m not going to do this. Instead I’m going to write more books, because that’s what I want to do. But something like this is where we’re all going, and I think that’s a damn fine outcome.

YMMV. But it probably won’t. Till next time….