Some spring there is that loves 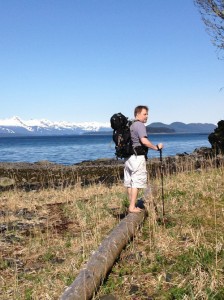 So, yeah, it’s spring! And has been for a while, you may note. But I’m going to write about it anyway (and not entirely in a parenthetical sort of way).

In spring, stuff happens. For instance: I’ve been telling my wife that she recently gained “ten-year.” It got a slight chuckle the first few times. For me, of course, it gets funnier by the day! Actually her sense of humor is pretty good. On the day in question (were we questioning one?) I waited till she woke up and joined me in the kitchen, then greeted her thusly: “Well, it’s been ten years. Think it’s time we got around to evaluating this thing?”

And she laughed. Sweet!

But the day wasn’t all sweetness and light, and I’m not even referring to our habit of watching “The Wicker Man” each May Day. Nor am I referring to the ill-considered remake of that classic…hint, movie-folk: the original is not a horror flick!

Anyway. My cat…our cat…well. Her name was Meg. She wanted out of the condo that afternoon, then waited to see if I’d join her for a bit of sun. I did, so she gave me her typical half-lidded happy/content semi-glare and took off into the woods. From there, you see, there are mountains and wilderness to explore. And my companion and leg-warmer of nearly 16 years is out there still. She’d been a bit more pukey than usual, and had started to seem a trifle clumsy in the last few days, but we didn’t see it coming. A kitten to the end, graceful, serene, and utterly cool in too many ways to explain in a blog post: I miss her terribly.

Our other cat (Pepita) has also been a bit lost, but still physically present. There was an intercat dynamic in play, and now there isn’t. But she’s a happy soul. She’ll be fine.

I had more to say here, but I think I’ll save it for another time. I hope you’re having fun out there.