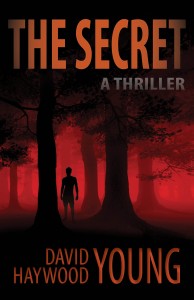 Hey, does anybody else hate the words “conjoined” and “conjunction”? They piss me off, because the “con” bit is meaningless, except maybe as some sort of class-conscious signaling mechanism. But I normally don’t let myself get started on this, ’cause…well, it’s all in the general area of “acclimatize” vs. “acclimate” and…possibly worst of all…those folks who start with “origin,” go on to use “originate” correctly, but then somehow get lost in their brain-wrinkles and throw out “origination” when they really just mean “origin” again. Ya know? Not that I mind so much when people say that stuff, but when they’re adding syllables to impress us with their erudition? Screw those people. Who needs ’em? But don’t tell them I said that, because maybe they’ll buy something I wrote if they don’t know my true thoughts.

Oh yeah. Book’s out. “Confounded” here in the sense that it ain’t a secret, except that it sort of still is, but you never know. People might like it. Aren’t you about ready to read the confounded thing? I’ll tell you another secret: I’m not. I want to do something else for a while. But then I’ve spent a lot of hours on it just recently.

And hey, “confounded” is NOT AT ALL the same as “founded.” So I’m still pure, here.

Anyway, it’ll be free for five days starting tomorrow (9/18). And I’m including links!

Have fun out there.